Just a guy from Jackson. 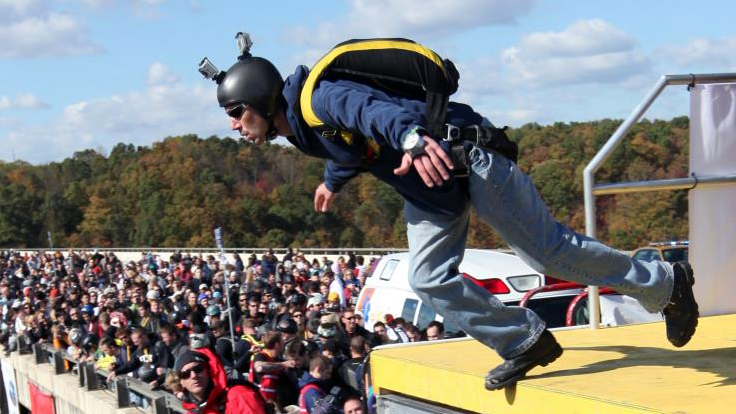 Hello, my name is Jeromy Alexander, I am 44 years old.

I am an active, practicing Catholic; I attend Mass regularly and have served as a Parish Representative, Catechist, Lector, and EMHC.  I deeply enjoy learning and living my faith. I have two adult sons, ages 18 and 24.  I’ve found no greater joy in life than raising my children. I often wonder if I ever taught them as much as I have learned from them – and I still learn more.

I was born in Jackson, Michigan (old Foote Hospital) and raised in Michigan Center and Cement City. By high school I lived in Brooklyn and attended Columbia Central High School. I became an emancipated minor in 1995 and moved myself into the City of Jackson.

I first stayed with my mother and second stepfather for a few weeks while I worked at the Arbor Hills Country Club. Then I couch surfed in Jackson a few months until I found a job and my first apartment in June, both at Virginia Coney Island (washing dishes in the mornings and up the back fire escape stairs to a third floor room.) I had an empty home and I moved on the first chance I had – the last night of the Jackson County Fair that August, as its contractor left: I began traveling as a ‘carnie’ working the Crazy Dance ride for Wade Shows Inc.

My freedom at the time was short lived and in mid-September, I received the word that my littlest sister had been born – and I immediately felt called to come home and meet her. Over the next few years, my oldest sister had four children – and I had my first son in 1998, my second in 2003; and I have loved every moment with my family: to know, to care, and to love them all. My family kept me based in Jackson for the next twenty seven years.

From 1995 until 2002 I lived at times with my second stepmother (then ex,) my grandparents, my sister, my uncle, my then girlfriends parents (my eldest son’s grandparents) and finally back with my step mother until January of 2002 when I was reacquainted with a new friend (one of my oldest sister’s former boyfriends) and took the opportunity to become his roommate on Ganson when he broke up with his then girlfriend. Together he and I moved over to an apartment on Second Street, where I lived until I was legally married; my wife and I moved to an apartment above the Greystone Tavern.

From the Greystone tavern in 2003 (where my youngest son was born,) to Sherman Oaks in 2005, my wife and I bought our marital home in 2006 on Saint Anne Avenue – 2200 sq ft, five bedrooms, and just over an acre of yard to mow – bought and positioned to start a large family.

However, that is not the way it worked out and in 2009 we were divorced. According the the Diocese of Lansing, my marriage was attempted without the consultation of my pastor, for which as a Catholic, I am required. Hence, my annulment was quick and easy. When my wife left our home, I continued raising my youngest son at home myself until he was in high school.

I had been self-employed providing computer, network and website consulting services in between other jobs for about fifteen years; In 2013, also I began a small position at St. John Catholic Elementary School and in 2014, with a new pastor, the position evolved into a full-time job with St. John Parish as the Director of Communications. I was able to work on many technological and new evangelization initiatives for Christ through my Parish.

In 2017, I returned to work for my own company and also ran a successful campaign to be elected City Councilmember in Ward 3 for a four-year term beginning 12/1/17. In 2019 I ran for Mayor and lost by 386 votes. In 2021 I would have been in an uncontested race for my ward’s seat, however due to paperwork error, I found myself again in a race to be Mayor – and lost in a highly-contested primary. My last elected day in office was 11/30/2021.

Weeks later, when my opponent resigned his position as a County Commissioner to take the office of Mayor, I applied for and was appointed on 12/21/2022 to fulfill the balance of his term until 12/31/2022. With my health as it was at the time, I took leave of that position on 11/15/2022.

I am a D licensed skydiver with 2586 skydives beginning in 2007 and from 2018 until 2022 worked full time as an AFFI and Videographer at Skydive Tecumseh. On January 8, 2022, I was involved in a skydiving incident while in Zephyrhills, Florida when I impacted the ground at a high rate of speed, breaking my ankle, femur, pelvis and spine.

The remainder of 2022 was spent healing until Thanksgiving Day 2022, when I began the current adventure: a journey to travel, write and photograph the people I meet on my way.

When I’m not with my family, working, or skydiving, I enjoy being in coffee shops and reading. Although I’ve not yet written anything of consequence, I enjoy the idea of being an author and I hope you might find something interesting or thought-provoking enough to share from this site.

1) Adventure every day; rest as needed.
2) Write every night about the journey.
3) Capture photographs and new stories.